It is funny how it seems like we have been here forever now. Missouri seems almost like a dream. It was a pleasant dream. Toly still talks frequently about Missouri. The other day he was telling Rome that he wished we had a chicken back in Missouri named Borsky. Borsky is that Swedish chef from the muppet show. It is also the most derogatory name in Rome's vocabulary. When he's mad at Toly he'll say "you're a Borsky."

Rome is so feisty. He's two and likely the most feisty child yet--I wouldn't have believed that possible three years ago. Here he is clad in tunic. 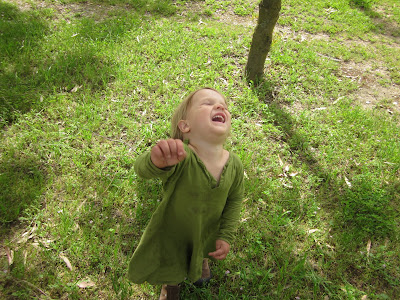 We were attending a period accurate archery contest.

Toly and Rome played with this little boy on the left. 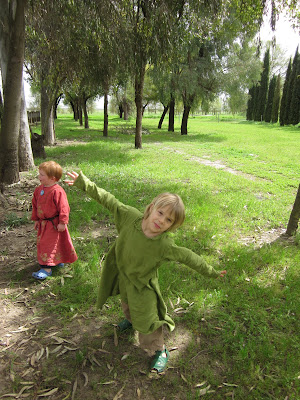 They had considerable fun even if mom was off shooting most of the day. 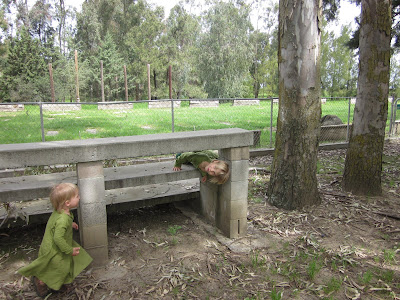 Kassi got bored since there were no other children her age/gender. She found an old notebook in the car and had to crush some berries for ink. She drew a good portion of the morning that way. 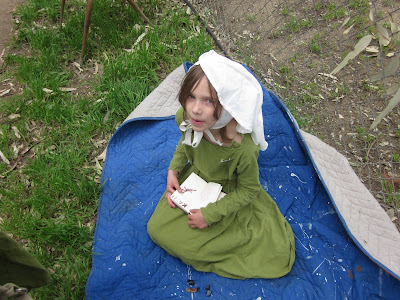 A piece of pine cone as a quill. Such a resourceful girl. During the afternoon Kassi went on the archery hunt with Tabitha and Tristan.

Tristan was a true star. I am so proud how confident and comfortable he is around everyone. The archers in this line up are the best in the bay area. The one directly in front of Tristan is his instructor. 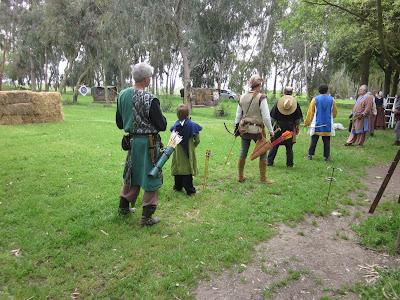 They are attempting to hit a flying dragon traversing the range on a zip-line. Certainly not many other subordinate archers would have proudly stood in that line-up. Here he is taking pointers from another instructor that came down for the shoot. 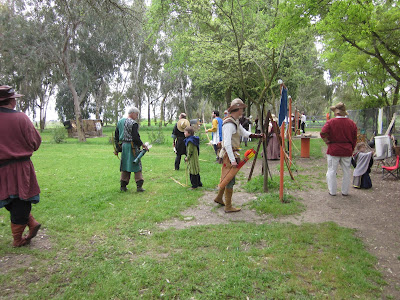 Everyone was impressed that this was only his second time shooting a bow.
He is so focused. 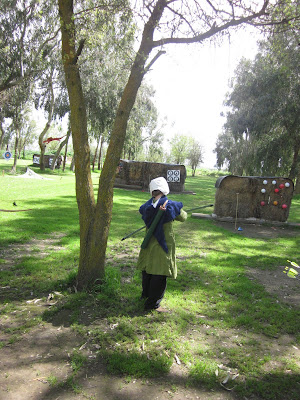 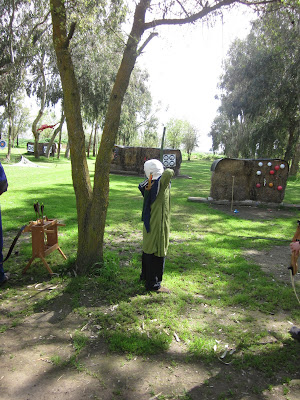 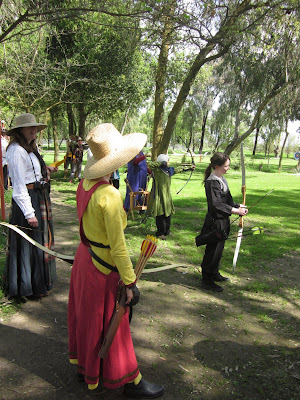 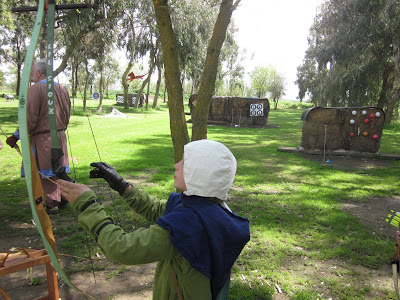 He is serious, calm and comfortable. 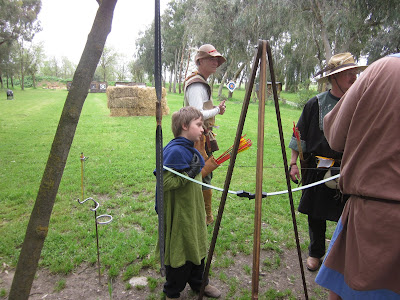 Tabitha made all of our matching attire. 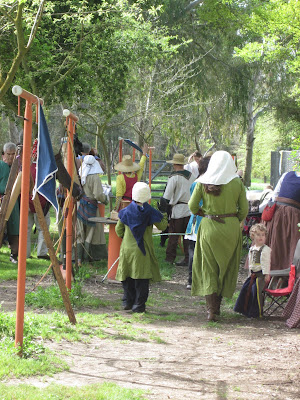 She really enjoyed herself also. 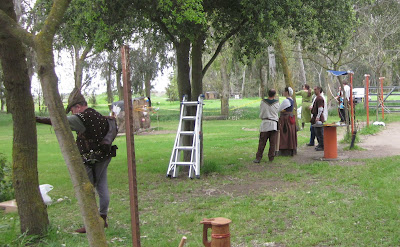 The juxtaposition of a farm-centric life to a life of perusing interests is amazing. I am so happy to be able to take the kids for a short bike ride to the beach any time we like. Some of my fondest memories as a child were playing in the sandy shores of Lake Michigan. All of the kids love the sandy beach, it is in their blood. I especially like how I can show up with the clan of kids bringing nothing except drinking water. Most other families on the beach will have a menagerie of toys and tents and their kids will be bored. Where my kids have nothing except the sand, sticks, shells and whatever else they can find and manage to drum up huge excitement. Assaults on castles, tsunami defending break-waters, wild west stockades and lots of water play are on the itinerary.

The kids have completely settled in here. We haven't built any raised beds for greens and herbs yet. This will probably happen within a few weeks. My job is amazing. I love it so much it is hard to imagine why I ever left it those five and a half years ago. Don't misunderstand, I wouldn't trade our time in Missouri for anything. I simply get so much satisfaction from my job and the work that I do. Those five years in Missouri I took whatever work I could find. The farm was my source for job satisfaction.
Posted by Omelay at 6:46 AM 7 comments: