My work has been brutally busy

I say this as an apology for not making a blog entry yesterday.

It is funny how clumpy things get. No matter how much planning to try to keep things steady they naturally seem to clump together regardless of efforts to the contrary. Suppliers outright lie and say "such and such will be here in a few days." It usually ends up days or weeks later. Meanwhile, I have scheduled a crew and the construction deadline approaches.

Things are generally wonderful at my job. I have just the right mix of challenges and successes to make me fulfilled.

Tabitha has been in the garden. Our fall/winter garden should do very well. We had an excellent dinner the other night that included our own red swiss chard. There is something about growing something then eating it fresh that makes it so incredible. Surely freshness isn't the only factor. I just can't explain it. It is one of the things that make gardening so rewarding.

And then there is this... 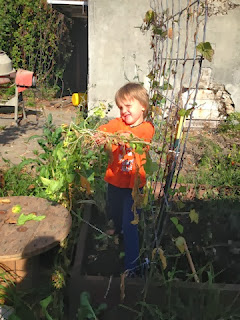 I am trying to go swimming regularly. I love swimming. I missed it terribly when we lived in Missouri. We would go to the creek occasionally but it isn't the same as being able to go swimming anytime you like.

The pool at our local YMCA is a saline pool and extraordinarily clean. Well, there are actually three pools. One shallow pool mostly for kids babies and pregnant women. It is very warm--too warm for me. The deep pool is medium temperature and where I take the kids to "family swim." We try to swim a couple of times per week. Kassi and Tristan are full-on swimmers. Toly is almost there. He can dive under to the shallow bottom to retrieve stuff. Rome is still aquatically challenged. He wears a strap on floaty. Although, he is exceptionally comfortable in the water. It won't be long before he will swim without the floaty. 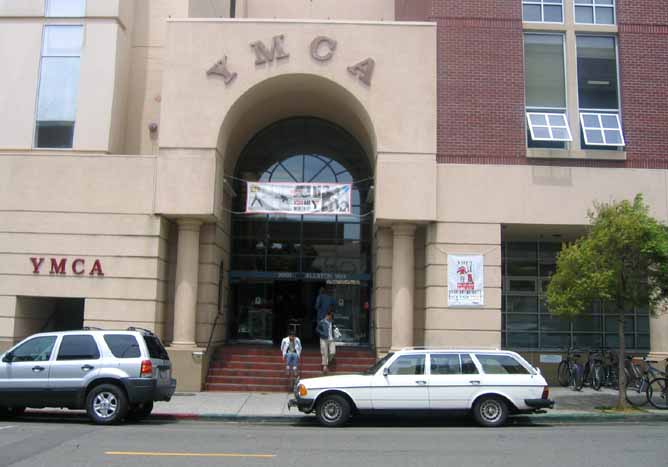 The Lap pool is great the perfect lap swim temperature. It is huge, Olympic sized. Swimming today I got a second wind and swam twice as long as the last time. My arms are still like noodles hours later. I'll probably keep to this amount for a while.

Half of the vapor barrier is in

Here is the pile of urbanite aka pieces of concrete.

The kids helped me finish getting all of the urbanite from under the house. I'm not sure why it was there. I entertained lots of reasons why it might be there but all of them ended in someone was lazy. So those big pieces of concrete were there because of laziness--and now they are not.

I wrestled with the tarp in the front yard to be sure that it would unfold the right direction once I wrestled it into place. Unfolding it was crazy exercise--haunched over pulling with all my strength while Kassi and Toly weighted the part to stay in place. That tarp material isn't the easies thing to work with under the best of conditions. Eventually after probably an hour I was pouring with sweat and panting like a dog on a hot summer day.

We did it. It is now covering half of my crawl space.

It seems so much better under there already. Next weekend we'll finish the second Half

The crawl space under our house.

Our house had a high humidity issue last winter. This is probably due to water pooling along the east side after rain. This water/moisture found it's way under our house. Also, the down spouts didn't direct the water away from the foundation around the rest of the house. Early last spring along with installing our raised bed out front I put in a french drain to alleviate the pooling issue.

During this past summer at my job we installed solar on a house that had the crawlspace finished-off with a heavy-duty big top style tarp. It was sealed to the edges of the foundation and made for the most pleasant crawl space. I instantly thought 'I wish I had some billboard tarp like I used everywhere on the farm.'

I called all the billboard advertisements for billboards in search of my quarry. All my efforts ended with "no, our customers don't want their branding misappropriated." As the summer sped by my search became more frantic. Finally, Tabitha found a place that sells used billboard tarp online--they re-print black over the Advertisements. The prices are substantially more than I wanted to spend but still an excellent value. We bought some.

Under our house was a significant amount of urbanite scattered around trying to poke holes in my newly purchased vapor barrier tarp. Yesterday Toly, Kassi and I began the arduous process of removing the urbanite. Most kids would be horrified of going under a house where a spider might live in the dark. I admit they were a little scared at first--I cleared most of the cobwebs prior to soliciting their help. Their residual fear was easily overcome with the prospect of helping Daddy work. They are such good kids.

We hauled over two dozen full five gallon buckets of the smaller pieces and the better part of a pickup truck bed full of the larger pieces. Some of the pieces took both Toly and Kassi pushing and rolling to get them out. We worked and worked. After several hours, Tabitha suggested that we take a break and go to the local nursery. Boy am I glad for that because I am very sore today and surely would have been much worse.

After church today I'll install tarp on the Western half of the house after a few more buckets of little pieces. The eastern side will be a bit more tricky I'll need to cut-in around the chimney foundation and other obstacles.

Once this tarp is down I will start installing some pex lines for some under floor radiant heat. I have some electrical things to finish. Then there is the task of removing all the galvanized plumbing and replacing it with copper. But, first I will install some lighting under there to make all the above work easier.

I'll add some photos to this post later today... so check back.
Posted by Omelay at 8:32 AM 1 comment:

The kids had a blast for Halloween. We went to a local business district first. Loads of candy were consumed. Everyone gravitated toward a favorite and trading ensued. Several blocks from our house in Berkeley is the resound Halloween street of nightmares. They close off the street from cars and really embrace the holiday.

Here Rome as Buzz Lightyear is navigating the spooky path to his goal.

Tristan as the 9th doctor from Doctor Who BBC television series--yes we are nerds here.
Toly is the redeemed Darth Vader--you can't eat candy with that mask on anyway.
Obviously Kassi is Indiana Jones.

The following morning, we bribed the remaining fifteen or so pounds of unconsumed candy away with a myriad of promises. Magic the gathering cards for those so inclined. A trip to In-and-Out Burger--chocolate shakes for all. And finally a trip to the YMCA pool for an extended swim. I should have also taken them to the sauna to sweat out all those toxic additives and food colorings they consumed.

The upper floor of our house is basically the Kids floor. Kassi's room is mostly finished--except finishing out the closet eaves. The main room up there is currently shared by Tristan, Toly and Rome. We are trying to finish out the front room (Tristan's room) before the Baby arrives. We are expecting a little girl Georgiana in late February.

One of the main obstacles before we could start on Tristan's room has been the rough oak planks that were being stored in there to be made into stair treads. They need finishing, staining, sanding and cut to length. We love our house. It just turned 100 years old this year. The stairs are a homage to Roy G. Biv.

We got the spray paint at the local art supply store. I was skeptical that spray paint would work. I've never had much luck using the stuff. it never seems to cover well and always runs and drips for me. Maybe I'm too impatient. I must report this paint was fantastic. Montana Gold professional spray paint is amazing stuff. It is about twice as expensive as normal crap spray but well worth it.

The color selection is amazing. It is worth buying a can just to see what you have been missing.

As some of you know I used to blog very regularly.
Life has gotten in the way of late. Tabitha has convinced me to do national blog posting month. NaBloPoMo the month of November. Stop by here and encourage me.

I will officially post today
Posted by Omelay at 11:50 AM 3 comments: