The school year has started

Tristan, Kassi and Toly have started school. Home-school funded under a charter school. Tristan has started foil fencing classes. Fencing is also known as physical-chess, a sport for the mind as well as the body. Tristan Loves it with a true love that only little boys can have for a sport that involves battling an opponent with a sword.

Kassi has started ballet. It is a serious ballet academy. She is a serious girl and embraces her responsibility as a potential ballerina with determination and focus. 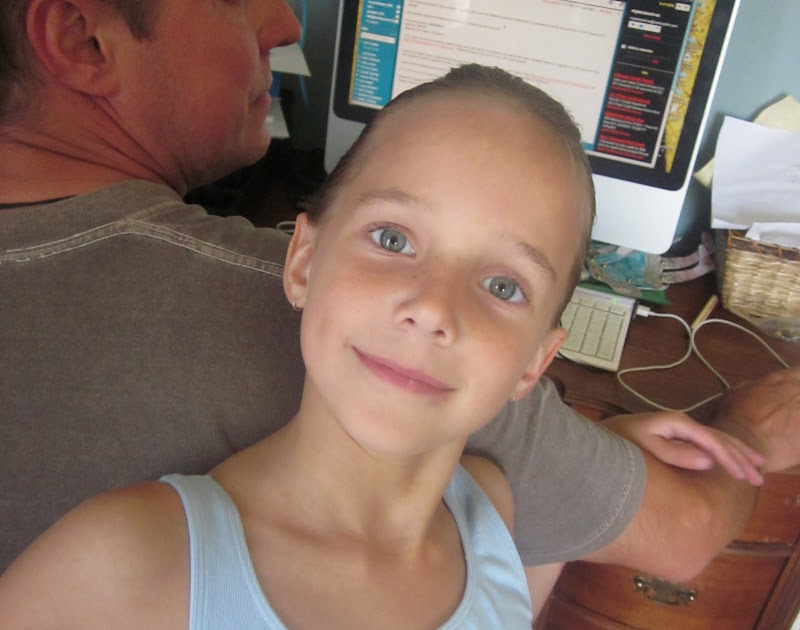 Toly hasn't started any outside classes. Along with Kassi he is doing "teach your child to read in 100 easy lessons." He is only a little way behind Kassi. They are both on the cusp of reading.

I have been playing games with the kids. We mostly play crazy eights when it is all four kids and I. Rome mostly holds the cards and plays out of turn. He has fum anyway. I play kings-corners with just Kassi and Tristan. Tristan plays it so well. Between he and I it is merely a challenge of who has the better luck.

I have also been playing Monopoly with the three eldest. It is really helping with counting and place-value regarding money. Having been physically restricted for such a long time it changed the types of play I have with the kids. A few months ago we went to an estate sale where the couple obviously played bridge because they had many decks of cards. I bought over twenty beautiful collectors set decks, a domino set and other game related stuff for five dollars. Now we have plenty of decks of cards. I can let the kids play crazy eights alone and not worry about losses or destruction.

East Bay Depot for creative re-use
It is a wonderful store (toly calls them scrappy-shops) that sells donated supplies. some of the stuff is old and technologically replaced, offal from industry or just donated by businesses. It is a wonderland place for the artist type. Tabitha gets much of our school supplies there for pennies on the dollar. An example is, I bought a brand new monopoly set from 1972 for three dollars.

The best tool for the school year has been Paddy-the-ipad. A gift to the kids for the upcoming school year. Given that we use online resources for homeschooling extensively the computer has been constantly busy. We have been at this place where we need another computer desperately for a while. Another apple computer is out of the question since the financial ruin of 2011--we'll never waste another penny on microsoft even indirectly. We reluctantly settled for an Ipad. It has exceeded our every expectation and has become integral to our household overall. One caveat, no blogging from paddy. It is just too clunky from a browser interface. Blogger needs an app for that. Two words - angry birds... ...enough said.

I am mostly healed from the heart surgery. The only remaining recovery is muscle tone. I put on a little belly too. Laying around for two months will do that. We have been going to church very regularly which is saying something given Orthodox attendance expectations. I am officially converted to Orthodox, they sped up my Chrismation because of my impending heart surgery. Tabitha and the kids are still Catechumens for several more months. We live too far from St. Nicholas for our taste. The place is truly mystical, beauty for every sense oozes from every fiber of the place. To quote Sean Gleeson "God lives there."
Posted by Omelay at 7:12 PM 3 comments: