Slow and steady wins the sanity

Yesterday was a big day. Our front yard is tiny and adjacent to a busy street. It has been neglected for decades and continued to be neglected since our arrival. The interior of our house simply needed too much work to make it livable. So our yard has languished while we pecked away at indoor projects. That all changed yesterday. It all began a few weeks ago when we bought a mission olive tree for Valentines day. It needed a home and the front yard is it. 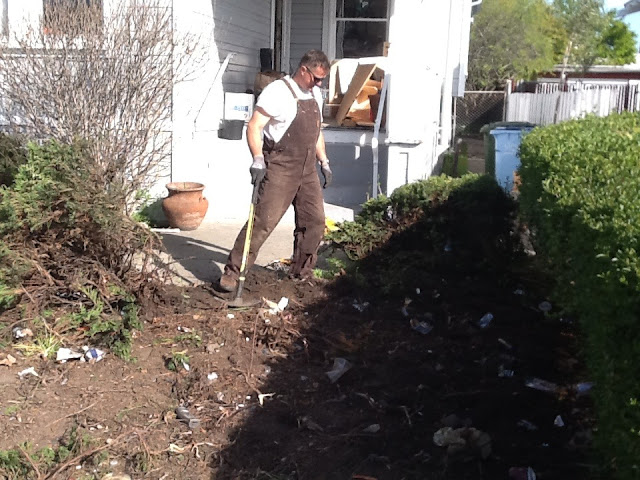 Here you can see the years worth of trash that has collected under them. Over the course of the next week or so we will need to dig a trench and install a french drain from along that with fence out to the sidewalk.

My work truck and a chain proved instrumental in pulling those big bushes. 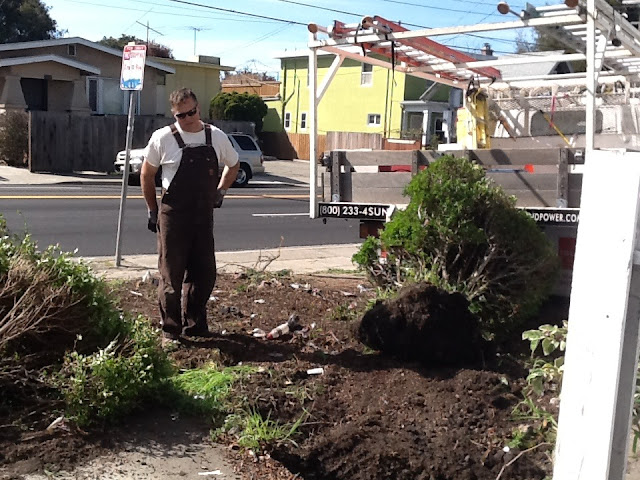 After cleaning the trash and debris we made our plans and I cut the concrete walkway a little to make way for the new bed. 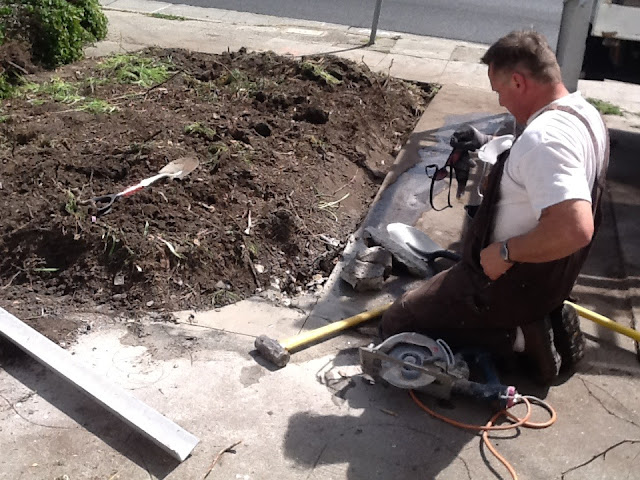 My worm drive saw, not really a concrete saw but it will do in a pinch. 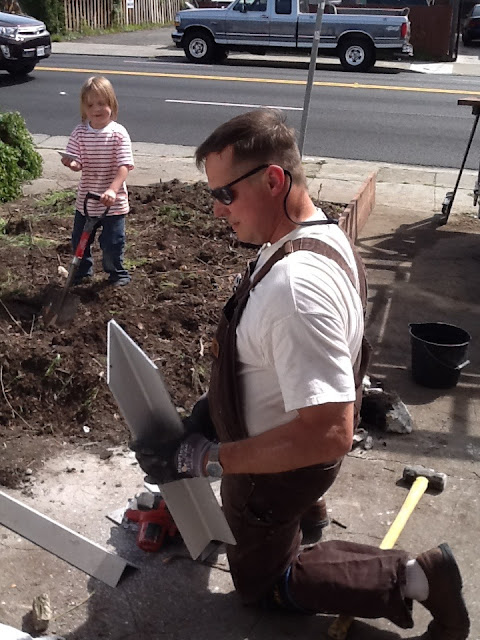 I had some scrap aluminum that I made the corner stakes from. I used my infinitely useful metal saw to sharpen them as easily as I could a wooden stake. I had three saws going during the day, concrete, metal and wood. I also needed a hammer drill to cleanly finish out the inside corner.

Toly and Rome were big helpers while I built the box. 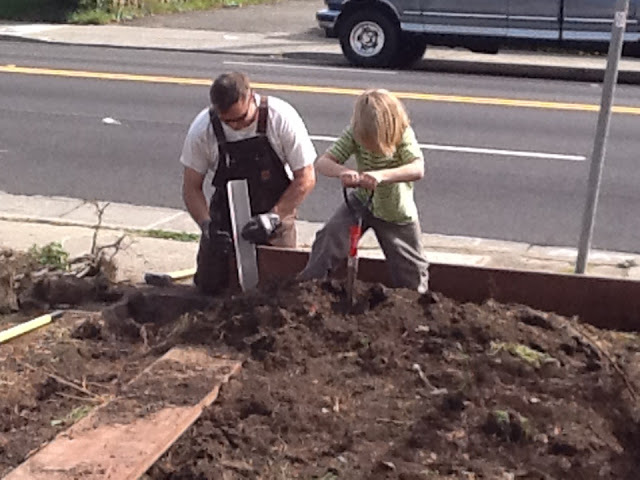 Now it just needs some dirt. 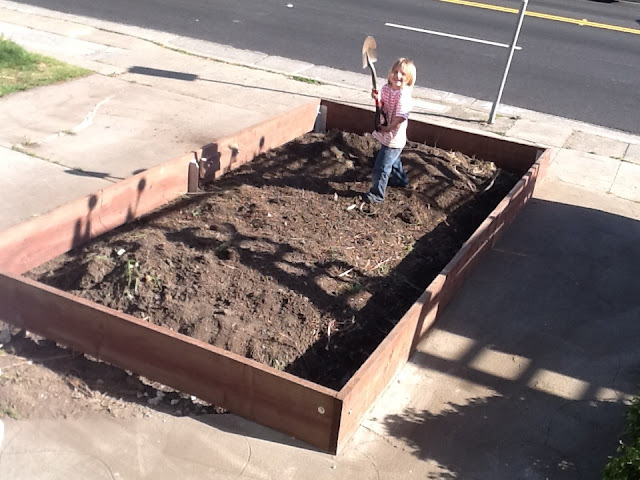 Other progress has been the upstairs saga. Work has continued we painted the main room and kassi's room. I finished out the doors to the future eave closets. 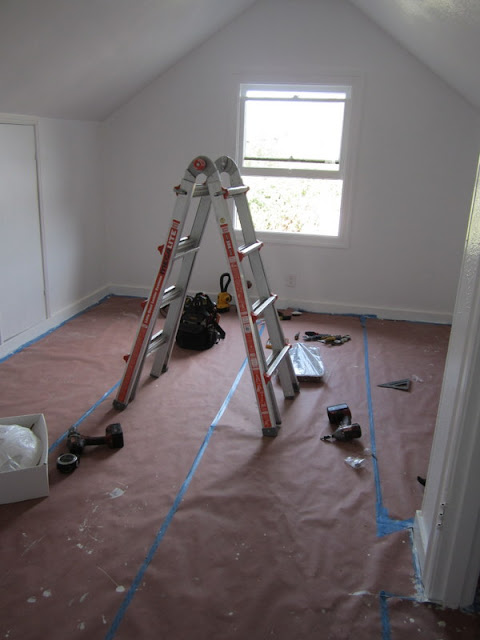 I had to replace all of the electrical outlets and switches since most of the were broken or cracked and filty. 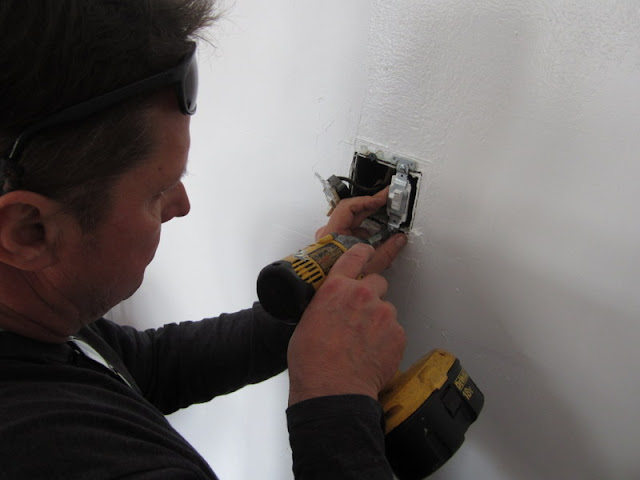 This is the new "SUN" light for the boys room. Ikea has wonderful and inexpensive stuff for kids. 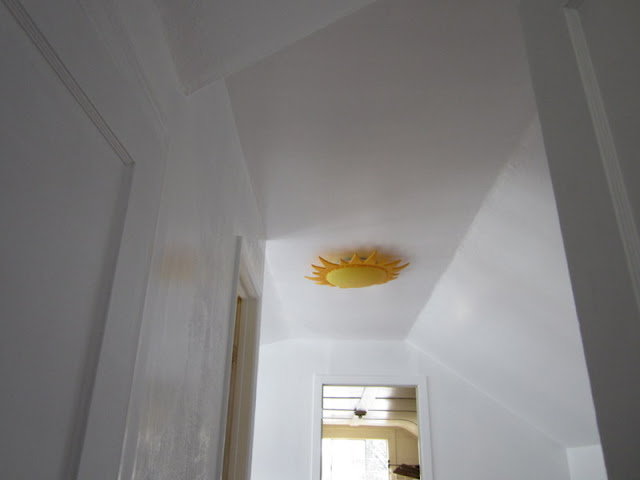 Here is Kassi's closet shelves after being trimmed but before the final coat of paint. 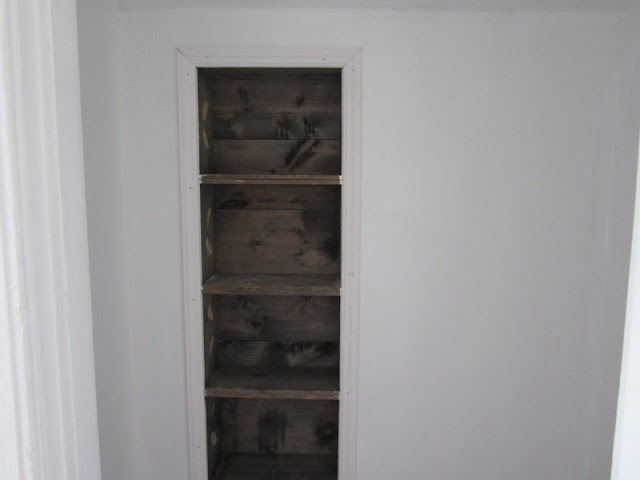 All the upstairs progress happened two weeks ago. Last weekend I worked on the stairs. They need to be completely re-built. I tore them appart and rebuilt the first few stairs up to the landing. They were in the worst shape. I still need to finish the upper flight but I need a long weekend before I tie into that. 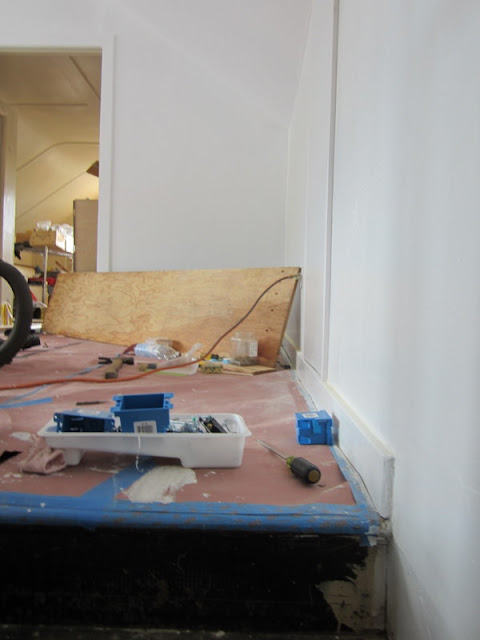 The kids live up there now:) and need continual access. After I rebuild them I will install the new oak treads. We plan to paint the risers ROY-G-BIV