Our backyard had been overrun with bamboo. The previous tenants simply let it invade. Invade it did. Several months ago both our side neighboring fences blew over during a wind storm. We promptly bought new fencing and replaced the fence on the west side of our house. The east side was a bit more daunting. It is where most of the bamboo was encroaching. I needed to address the invasion before committing to building a fence. It took several months to muster the courage to begin this task. Winter illness, then a new baby, then life generally got in the way. Now O'Melay birthday season is upon us. Tristan says all he wants for his birthday is to have his room done. The precursor to being able to do his room has been completing the east fence.

Tristan is a good boy and totally deserves his own room. So in an effort to try to get his room ready for his birthday in August last weekend Friday I started digging the trench for the bamboo guard. 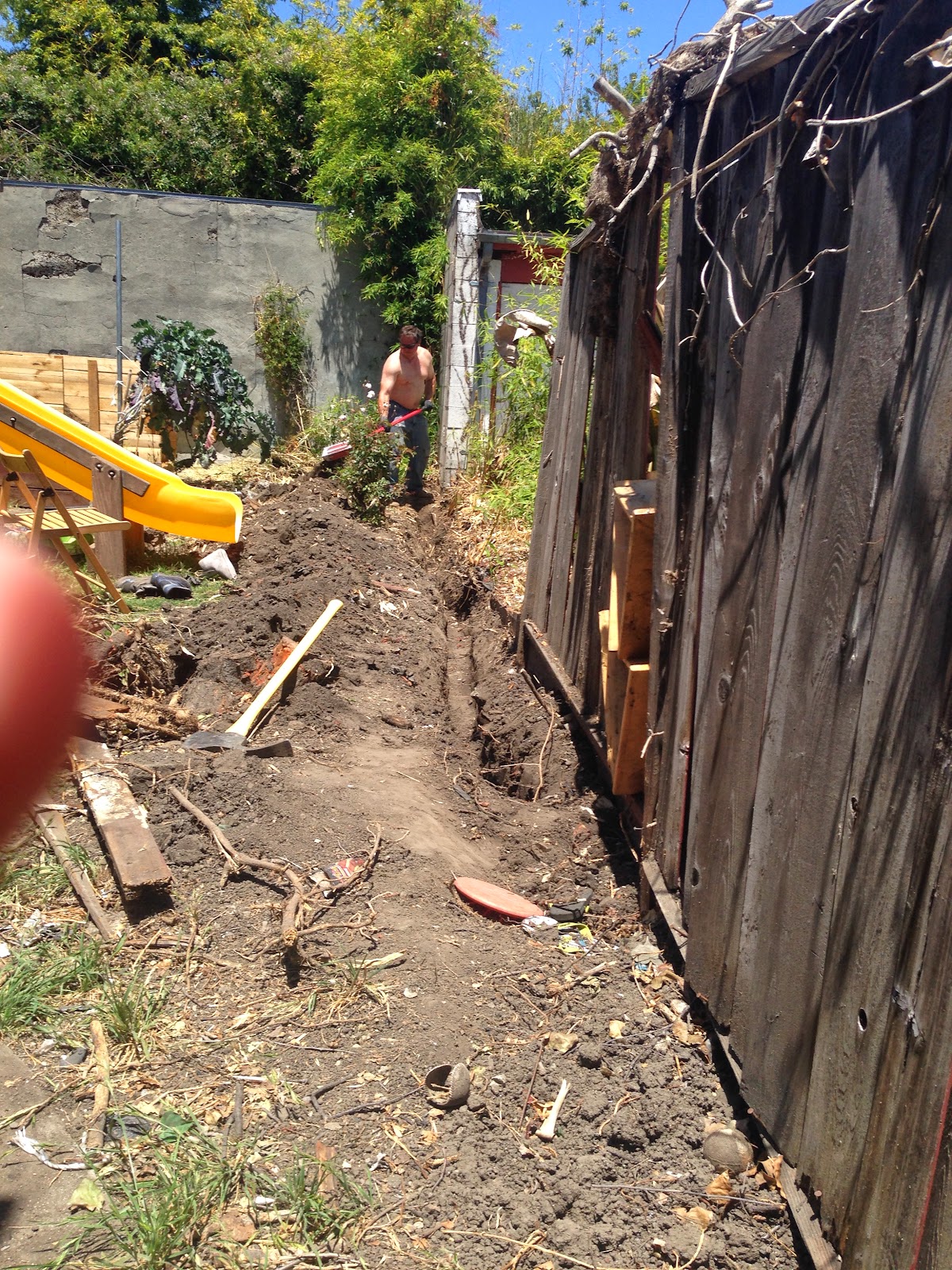 Several blisters later and a mild sun burn I buried the heavy plastic barrier two and a half feet deep. Everywhere you see exposed dirt was completely thick with bamboo culms. Miserable digging--not as bad as Ozark rocky clay soil though. 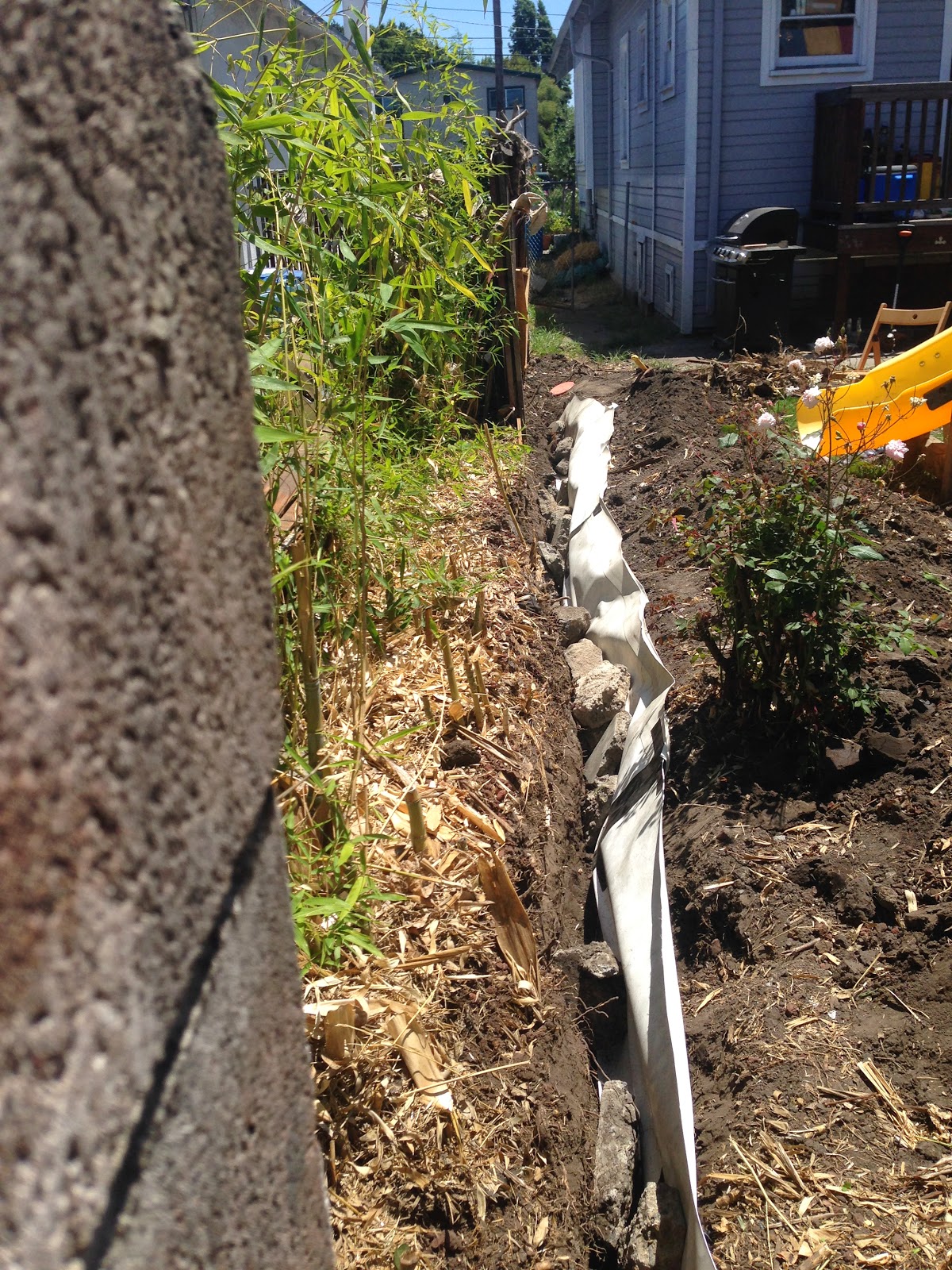 It isn't actual bamboo guard. I couldn't afford the official product. What I installed is super heavy PVC roofing material I was given recycled from a commercial roofing company. 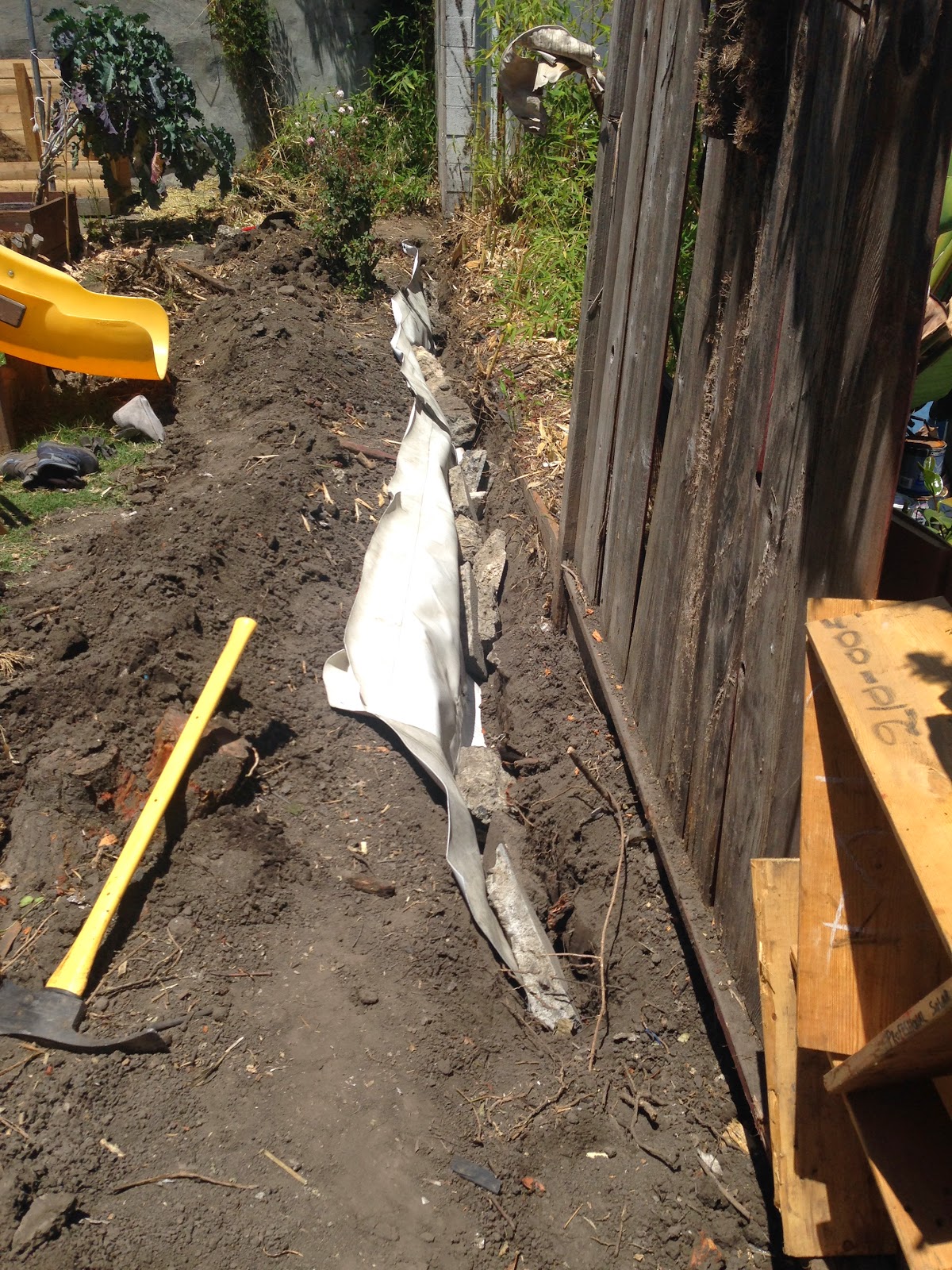 I used the concrete rubble to hold it in place while I back filled.

The following Friday (this past Friday) I started the fence. digging holes, pouring cement and letting it set over night. This morning we hung all the planks and voilà... a fence 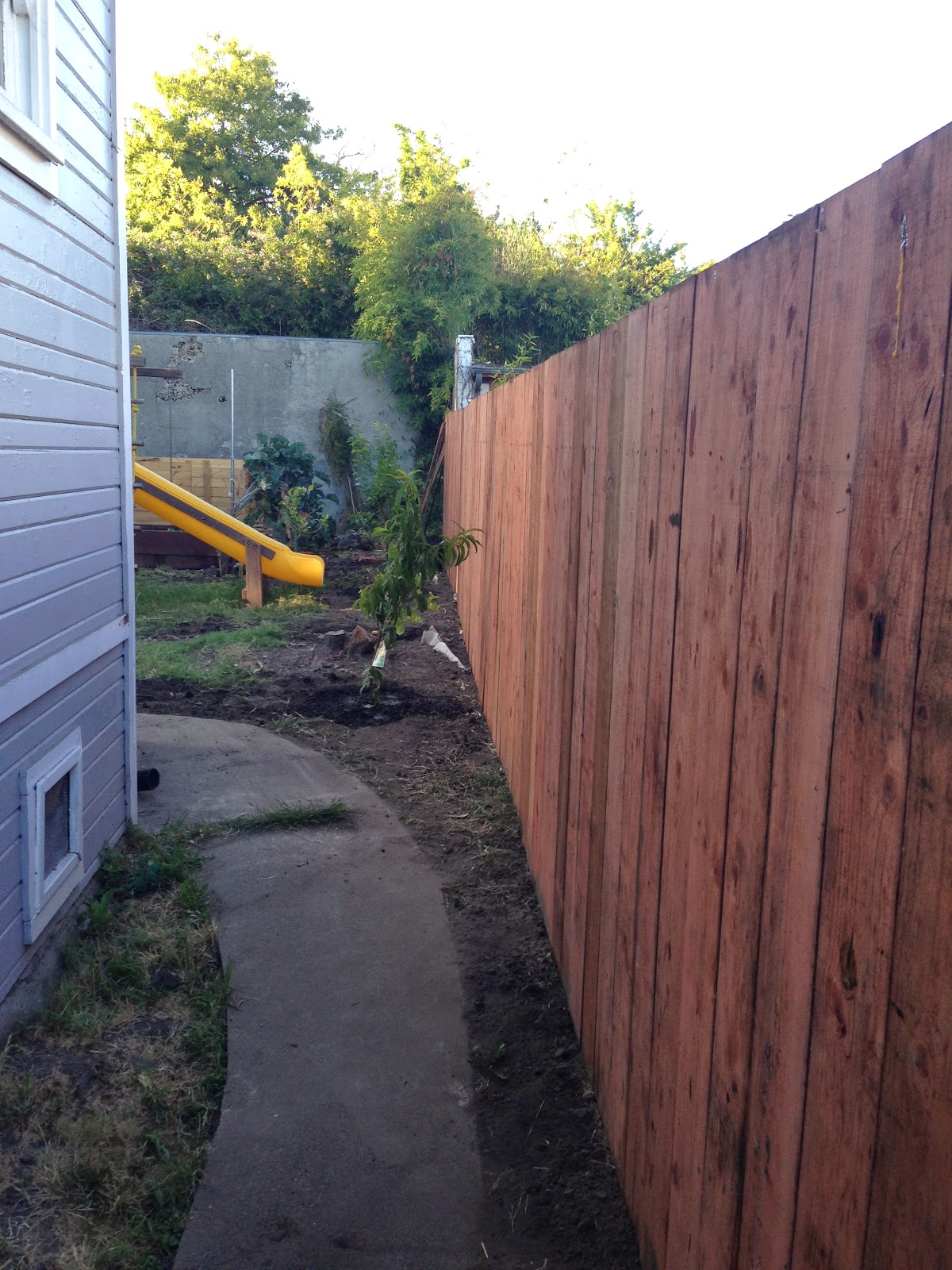 Then later this evening we got ambitious and planted our fruit trees. It is finally our home. Fruit trees = Future food and sustainability. 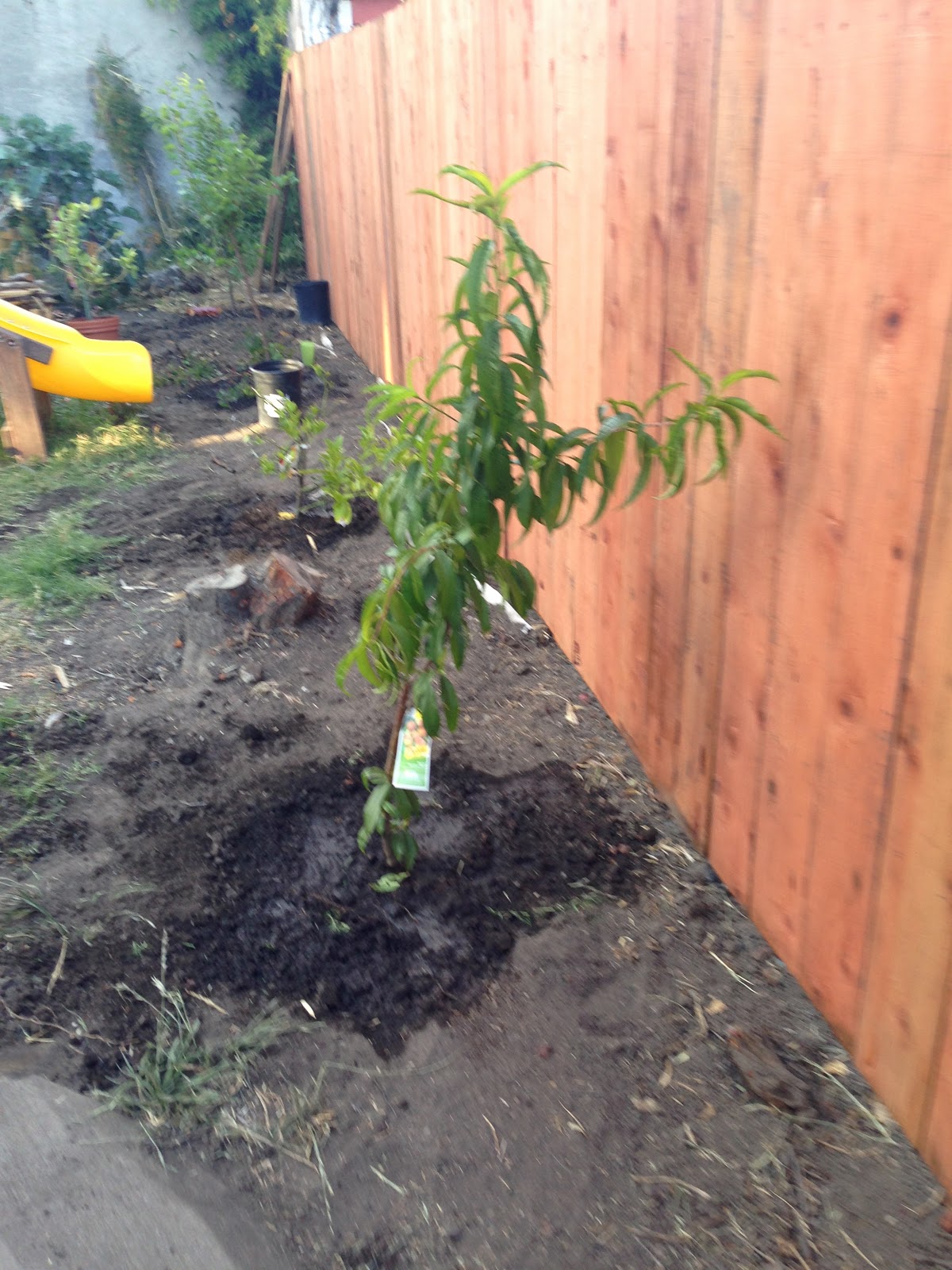 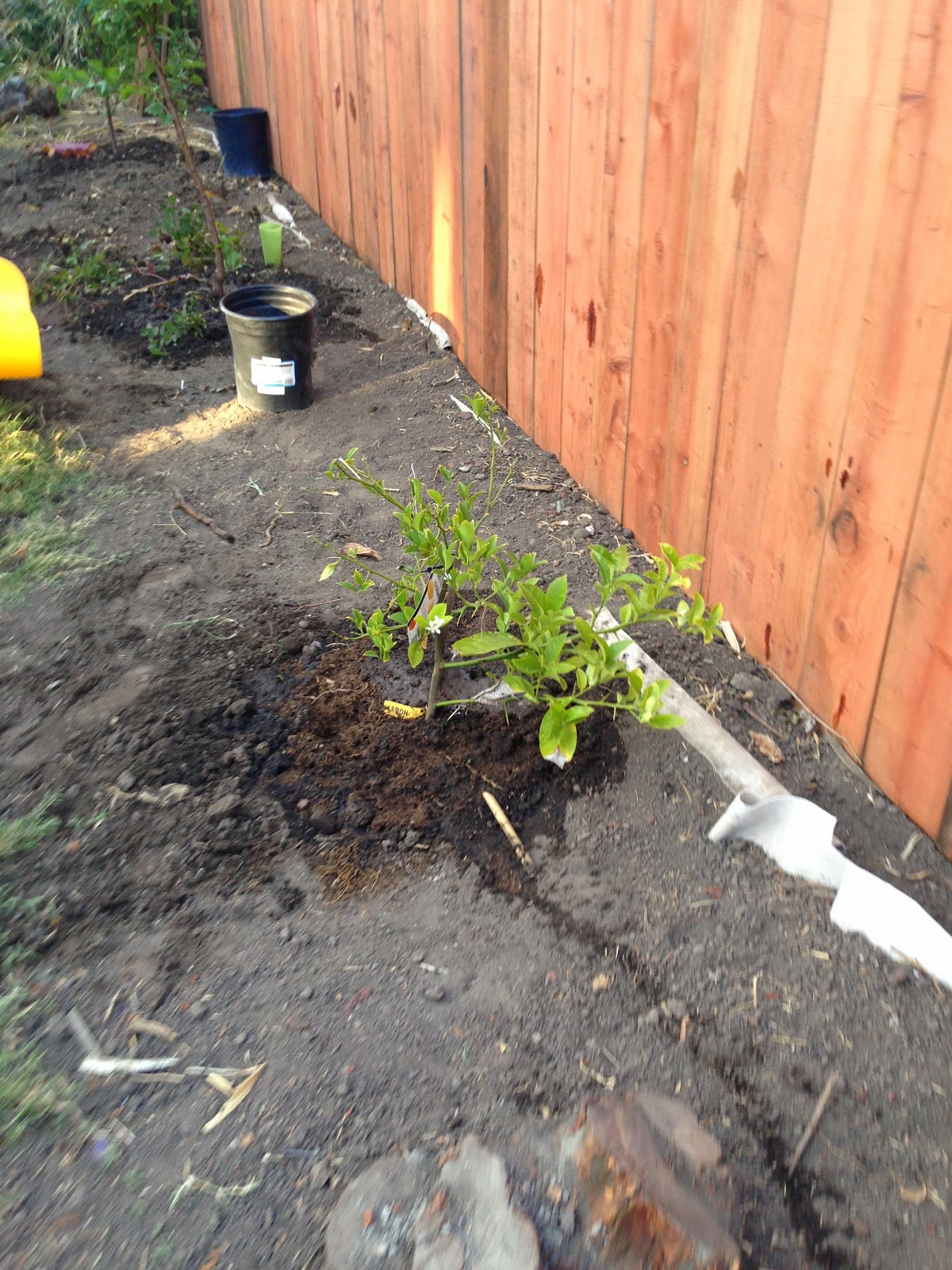 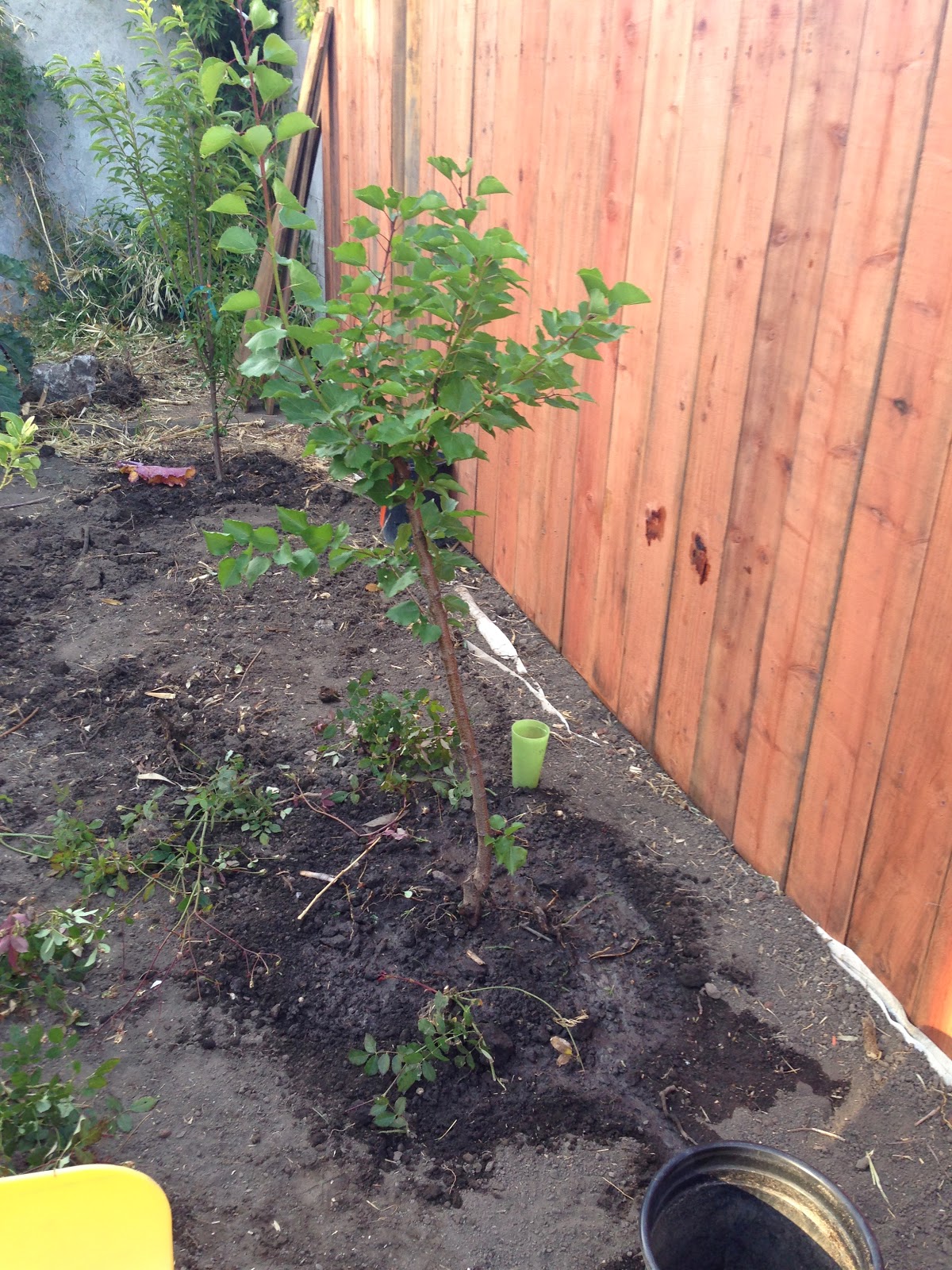 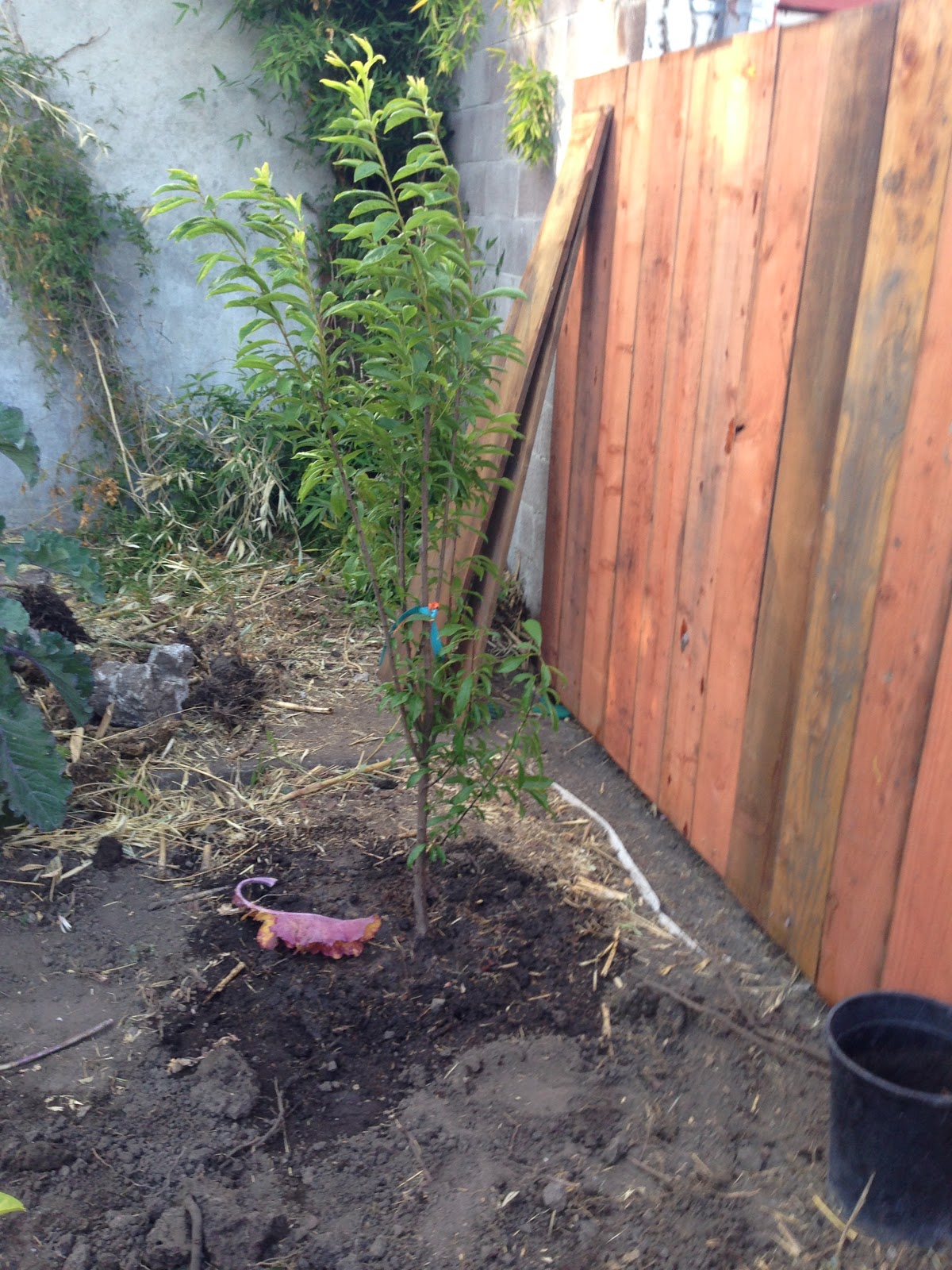 and a santa rosa plum
Best of all they are now protected from that bad bamboo.

Our back tomatoes seem to be doing ok. The tree collard on the right and some swiss chard on the left. 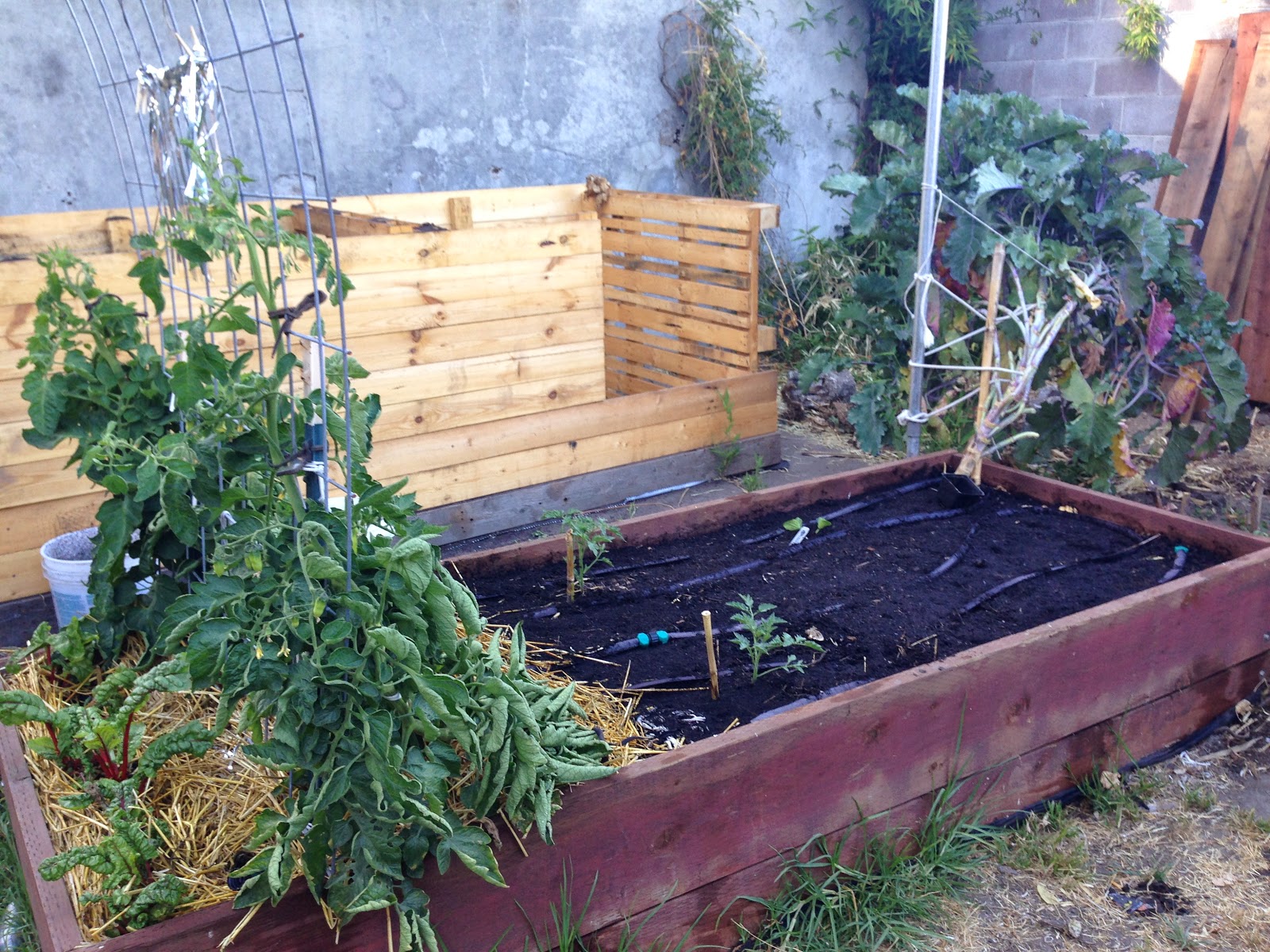 Tomatos tied to our bean arch.

Cucumbers should start climbing on the other side soon. 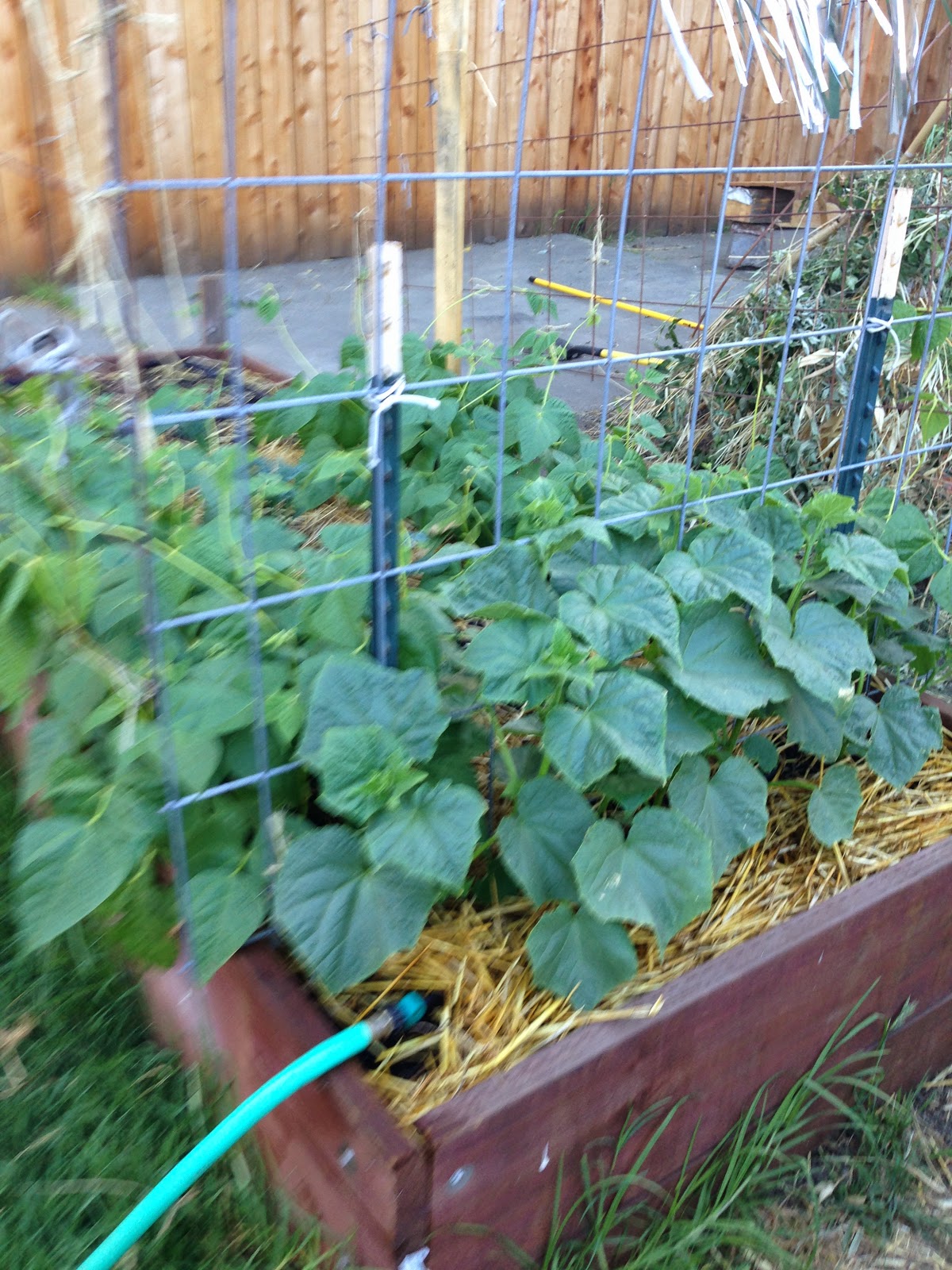 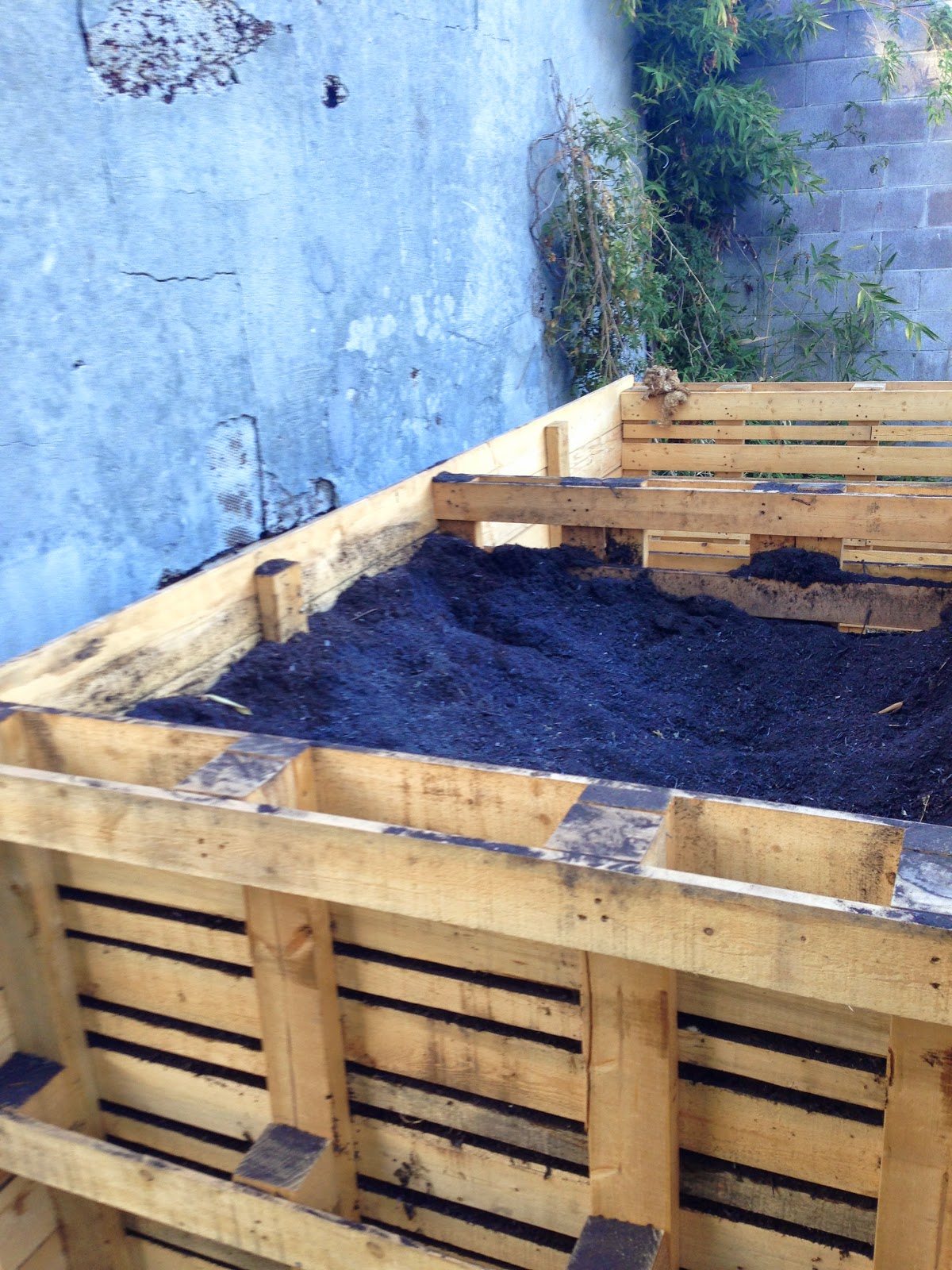 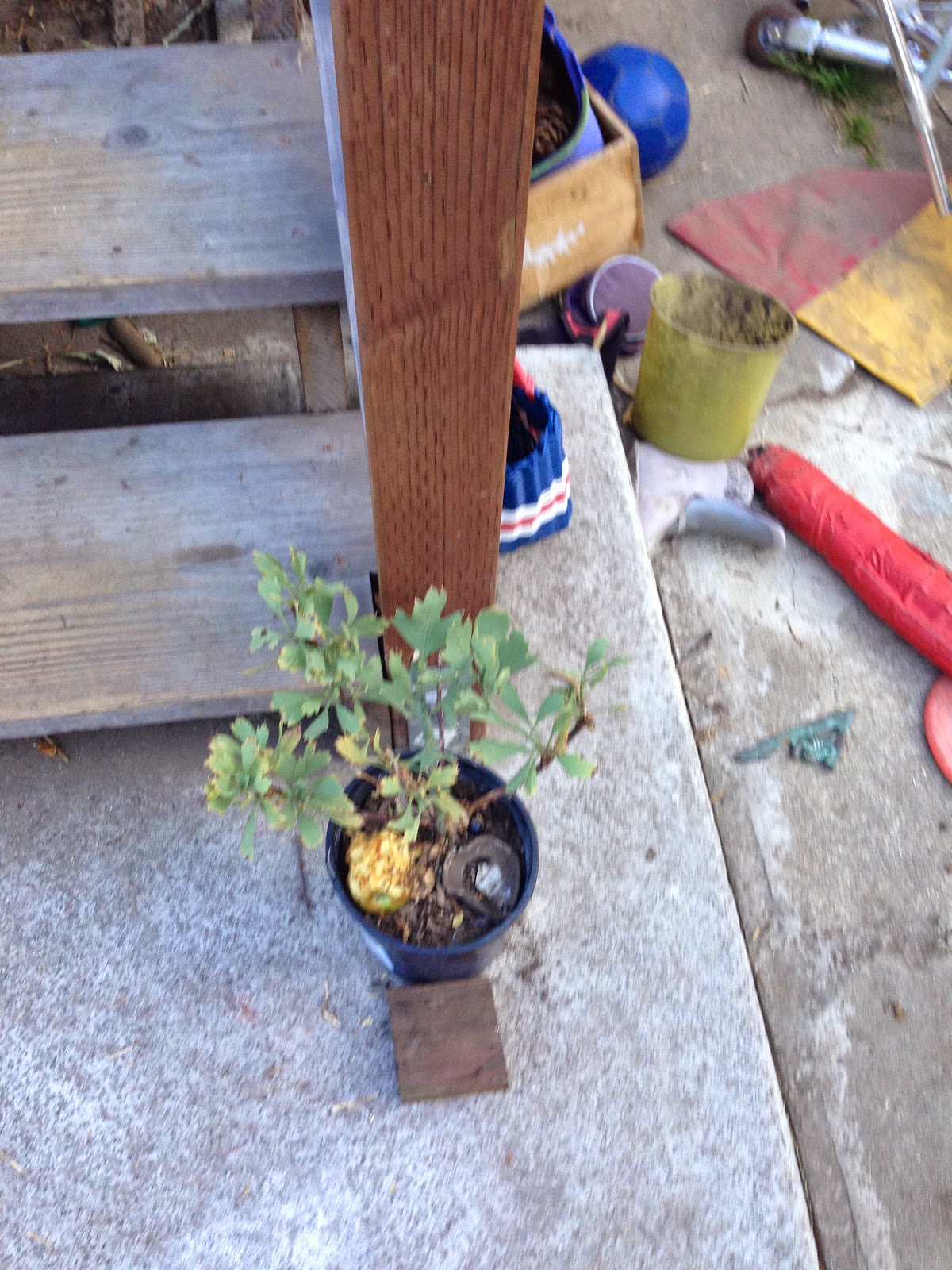